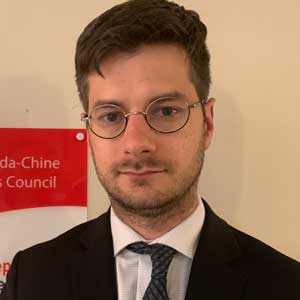 After leading the Shanghai Chapter in 2016, André-Philippe has returned as the Director of the Quebec Chapter, the position he assumed in 2013. He successfully grew the both Chapters by increasing their membership base, organizing numerous events, and coordinating the 2016 AGM in Shanghai.